If ever there was a quarter to illustrate that Microsoft’s growth doesn’t depend on Windows PC sales anymore, this is shaping up to be it.

Worldwide PC shipments grew just 1% in the September quarter, down from a peak of 32% growth earlier this year. The global semiconductor shortage and supply chain bottlenecks combined with weaker demand for computers to undercut a market that has traditionally been Microsoft’s bread-and-butter.

Yet Wall Street is predicting significant growth for Microsoft — driven by increased demand for Microsoft Azure, Office 365 and other cloud services. 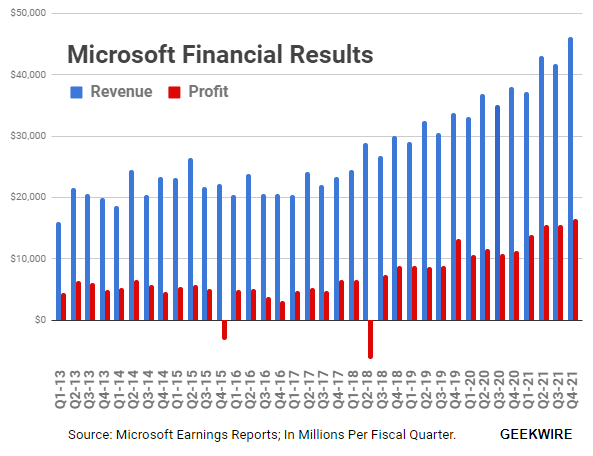 The company’s cloud business is “hitting its next gear of growth,” wrote Wedbush Securities analyst Daniel Ives in a note to clients, citing the firm’s latest checks on enterprise software deals.

“We are seeing deal sizes continue to increase markedly as enterprise-wide digital transformation shifts are accelerating with CIOs all focused on readying their respective enterprises for a cloud driven architecture with MSFT poised to beat Azure whisper growth numbers of ~45% this quarter,” Ives wrote. “We believe the Street’s view of moderating cloud growth on the other side of this WFH cycle is contrary to the deal activity MSFT is seeing in the field.”

The company’s Office 365 price increase is also expected to help.

Continued cloud growth would continue the trend (see chart at top) of Microsoft experiencing steady growth in the productivity software businesses where it has made the transition from traditional sales and licensing to cloud-based services and subscription-style billing.

One question long-term is whether Microsoft can lift its Windows business in a similar way through the launch of Windows 365, a subscription-based service that’s part of its larger vision for “Cloud PCs.”

Windows 11 and Microsoft’s new Surface devices didn’t launch until after the quarter ended. Unless there was a surprise increase in people buying new Windows 11-ready PCs to prepare for the beefier system requirements, the impact of those launches won’t be reflected in the Microsoft’s results on Tuesday.

Regardless, it’s a free upgrade, and we may be past the days when a new Windows version generated enough excitement and interest in new PCs to significantly boost Microsoft’s revenue following a launch.

Check back with GeekWire for full earnings coverage on Tuesday afternoon.

How to Decide Best Migration Path from Exchange to Office 365? – Infosecurity Magazine 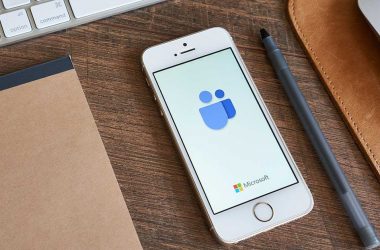