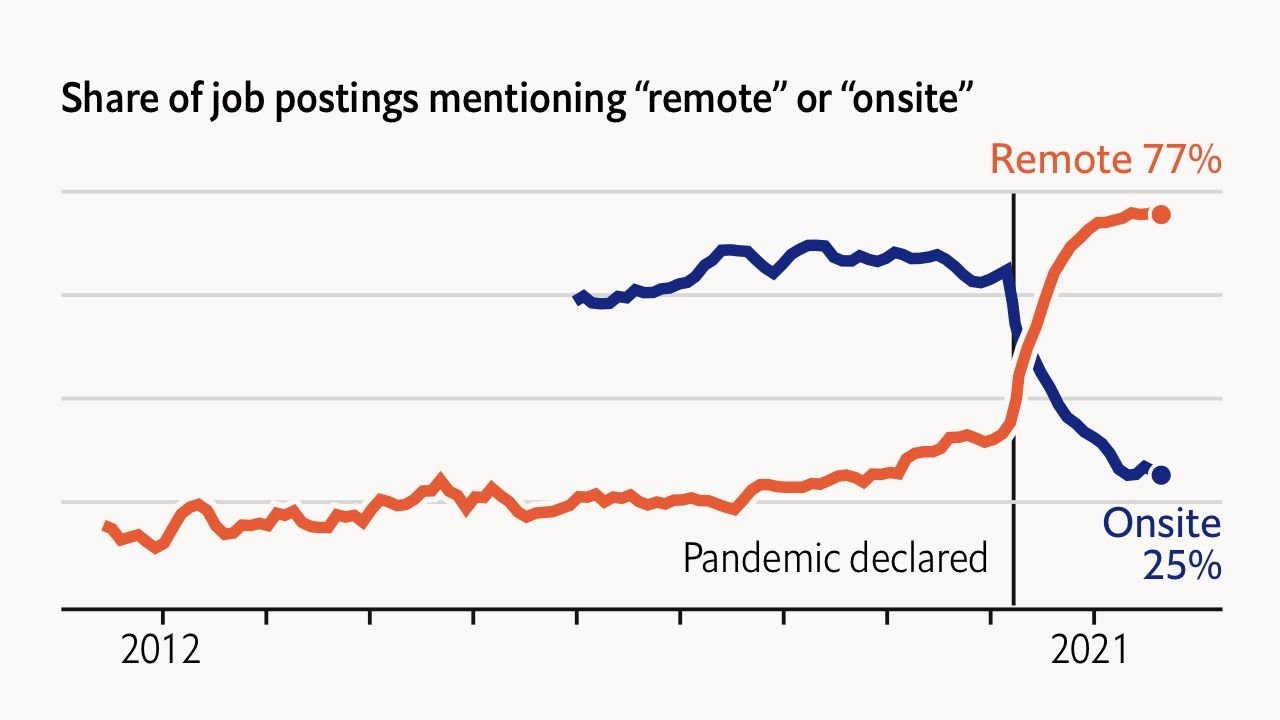 ON THE FIRST weekday of every month, a thread called “Who is hiring” is posted on Hacker News, a news-aggregation website popular with programmers. Hundreds of companies, from one-person operations to trillion-dollar corporations, submit listings. Most of them are based in America, although startup hubs such as Berlin or London are popular as well. According to an analysis by The Economist, only 13% of the jobs posted in the thread in 2011 mentioned remote work. In 2021, more than 75% do. Yet we find that the pandemic accelerated a change that was already taking place: between January 2016 and March 2020 the proportion of jobs mentioning remote working jumped from 20% to 35%.

Hand-picked stories, in your inbox

A daily email with the best of our journalism

This analysis has to be taken with some caution. Not all companies use the same formatting for their job listings, meaning that some posts might be missed. Our analysis scrapes the data from the thread and searches for the word “remote” or “onsite”; this method sometimes throws up false positives (eg, by tagging job listings that say “no remote working” as “remote”), although such instances are rare. Hacker News only started requiring listings to specify if a job was “onsite” in 2016. There are also some prospective employers who say that vacancies can be filled remotely for now, but that workers will be expected to be based in an office when the pandemic recedes.

Still, Jed Kolko, the chief economist at Indeed, a job-listings website, reckons that the shift towards remote working is “permanent”. The website’s data for job opportunities across various industries—which is the most complete in America—show that mentions of remote work have more than doubled since the start of the pandemic. In the past few months the share of remote work has come down as offices reopen but for some occupations, such as software engineering, law and finance, the rates have stayed high.

Silicon Valley seems to be the most enthusiastic adopter of remote work. Last year Twitter said that it would let employees work from anywhere, permanently. Facebook followed suit, saying it would allow remote work and adjust salaries according to location. Apple has settled on a hybrid approach, requiring workers to attend the office three days per week.

There are several reasons why tech companies are offering more remote work. According to our house-price index, home prices in San Francisco have shot up by 80% in the past decade. Even for workers with a comfy faang—Facebook, Apple, Amazon, Netflix and Google—salary, a house in the Bay Area can be a stretch. The proportion of jobs posted on Hacker News mentioning “San Francisco” has fallen by half from 30% in 2014 to less than 15% in recent months. Still, according to Darren Murph, the head of remote work at GitLab, a code-hosting platform, “Silicon Valley is a state of mind, not a place.”

Google May Cut The Pay Of Remote Workers – Forbes 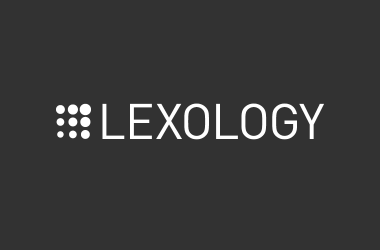 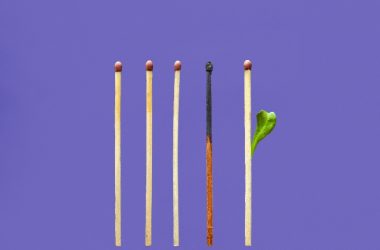 Before the pandemic, many managers would laugh at the thought of allowing employees to work remotely. Now, as… 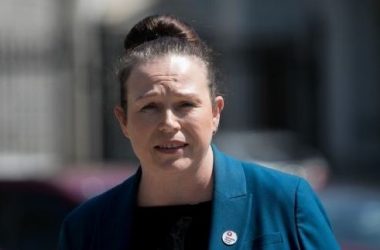