Is it up to employees to fix the remote-work promotion gap? – BBC

He suggests workers should take the initiative to schedule more catch-ups with bosses and, when they do talk, be clear about career goals, as well as drawing attention to recent achievements. Little things like switching cameras on and participating in Zoom calls also go a long way, he says. “The easier it is to come to mind with your supervisors – in a positive way – then I think, all else being equal, [it] will nudge you in the direction of being favoured for a promotion.”

Martha Maznevski, professor of organisational behaviour at Ivey Business School, Western University, Canada, agrees. “Shoot that boss a quick message saying, ‘here’s what I did today’, or ‘what do you think about this?’ or ‘I’m going into a meeting tomorrow, just wanted you to know that’”. These, she says, are all good ways to communicate frequently with your manager in a way that builds trust, keeps information flowing and keeps you visible – which will ultimately feed into promotion prospects.

Ideally, ensuring parity of opportunity shouldn’t be falling on remote workers’ shoulders; the responsibility should lie with the organisation. But given how much and quickly the workforce has changed, remote workers need to have some patience with employers and be aware of the need to self-advocate. “It’s a push-and-pull right now,” says Sonenshein.

Towards a level playing field?

Looking forwards, it’s in the long-term interest of companies to find a way through this issue. To begin, promotional bias towards in-office workers could become an equity issue, given more women and minority workers prefer remote work. If that problem isn’t addressed, “in the future, you might see two classes of employees: the remote and in-person ones”, says Sonenshein.

And since hybrid work is forecast to remain the post-pandemic normal, there’s growing awareness that companies need to create a supportive environment for remote workers – one in which they can develop and advance – or else risk losing that talent to a different company who will give them what they want.

Sonenshein also suggests that while biases against remote work remain, these may reduce organically as home-working becomes more entrenched. “As people retire, they will get replaced by people who increasingly grew up in remote work,” he says – and these new managers may be less likely to have ingrained beliefs that workers must be physically present in order to be trusted and, ultimately, promoted.

All this means that remote workers should see themselves as contenders for promotions and, while companies continue to trial and establish policies around location-based equity, take their own steps to correct for existing biases.

“It’s incumbent on the remote worker to be proactive and get noticed,” says Anicich. But there’s also a corporate responsibility. “Managers need to be aware that these biases exist – and be committed to levelling the playing field.” 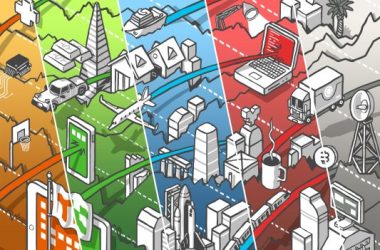 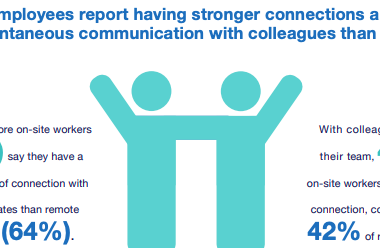 Are we really more productive when we work from home? – World Economic Forum