Is remote working a blessing or a burden for women? – Siliconrepublic.com

While remote working could provide the flexibility that women need to progress in their careers, there are also concerns that it could become a ‘Zoom ceiling’.

Over the last two years, we’ve heard from a range of workplace experts that the forced shift to remote working during the pandemic has shown what could be possible in the future of work.

A remote-first policy could attract candidates who are looking for that flexibility, while also widening the talent pool when office attendance is not required.

For women in the workplace, remote working has long been considered the flexibility they may need and a way to remove some of the barriers women can face when it comes to career progression.

Laura Ryan, the director of international human resources at Dropbox, believes remote working has opened up the opportunity for women “to better balance work and home, without sacrificing on climbing the ladder”.

“Without the stress of a hectic commute, or the pressure to be physically present in the office, it’s now easier to find a better balance with work. While these benefits are true regardless of gender, data suggests that they are valued higher amongst women,” she said.

However, it’s important that leaders do not see these benefits as a quick fix for the barriers women can face at work. A report from PwC last year suggested that women employees were hit the hardest by pandemic upheavals as they generally “carry a heavier burden” than men of unpaid care and domestic work alongside their paid job.

“The pandemic placed a strain on all working parents and caregivers but research has shown that women have taken on the greater share of unpaid care work, including housework, childcare and eldercare,” said Ryan.

“As leaders start to look at adopting new working models for the future, we will have to be extremely mindful of this. Working women will need tailored support if we want to make room for better career progression and protect against burnout.”

“Rather than focus on remote working, employers can introduce a policy of flexible working, allowing individuals to be able to work when and how they would like, not just where. With the pressure in the labour market to fill jobs, having conversations with carers on their unique circumstances will help to retain them”.

But even with more flexible options in the workplace, leaders need to be mindful that they’re not inadvertently creating new barriers for women in the process.

As many workplaces move into a more hybrid approach with some people working in the office some of the time, the danger of proximity bias comes into play. A survey from Matrix Recruitment last year highlighted this as a very real concern for Irish workers, with 60pc of respondents saying they were worried remote working could impact their career progression.

While this is a concern for all workers, several other surveys have suggested that women are more likely to choose remote working compared to men.

Proximity bias means those who are the most ‘visible’ may be more likely to get promoted, and if a disproportionate number of men are ‘visible’ by being in the office more, it could lead to what is being coined as the ‘Zoom ceiling’.

Aislinn Mahon, general manager of co-working space Huckletree D2, said one of the biggest concerns around this is the potential to lead to “an old-fashioned and outdated boys’ club atmosphere” in workplaces, especially in industries that already have a gender diversity problem such as tech.

“I do think it’s important for people at the start of their careers to have access to a workspace where they can meet and learn from others on a regular basis. But I also don’t believe that people should be shamed or punished for choosing to work remotely. It’s not a binary argument, and employers need to be open-minded and flexible,” she said.

Ryan added that avoiding the potential pitfalls of the Zoom ceiling comes down to the workplace culture. “We must use this current shift as an opportunity to decentralise company HQs and move away from outdated thinking around what it means to be ‘visible’.”

The potential danger of a Zoom ceiling should not be considered a mark against remote working for employers, but rather an opportunity to correct a problem before it ever becomes one.

Ryan said if leaders are serious about using remote working as a way to give women the flexibility they might need to thrive, then the current notions of presenteeism must be dismantled too.

“Businesses need to move away from the traditional view on what a typical working day ‘should’ look like and empower their employees with greater autonomy when it comes to how, where and when they work,” she said.

“To do this, we will need to move to an output-focused way of working – one that is rooted in outcomes rather than hours online, meetings taken or emails returned. Leaders must learn to judge the end result, not just the path taken to get there. Only then will we unlock greater freedom and flexibility for women.”

Mahon echoed Ryan’s point that the responsibility to ensure remote working is a blessing for women instead of a burden must lie with the employer.

She said leaders must make sure that all factors are considered when women request to work from home and ensure that a man in the same position or role is not viewed more favourably if he is present at an office desk.

“The permanent switch to more remote working following the pandemic will cause an increase in inclusivity issues within the workplace, unless employers carefully monitor their new working policies to make sure everyone’s performance is recognised equally, regardless of whether they work from the office or not,” Mahon added.

“Women cannot be discriminated against due to the personal choices they make when still carrying out the same roles as they would in an office. Being visible at a desk should not garner more credit than any employee knowing they are more productive in their home working environment.”

‘Leaders must learn to judge the end result, not just the path taken to get there’
– LAURA RYAN

Ryan noted that technology can play an important role in enabling proper remote working structures, but warned that it must be introduced in a conscious and meaningful way.

“More tech is not better tech and, if we’re not careful, we risk overloading our employees with too many tools and information,” she said. “From today, managers everywhere need to start role-modelling the right usage of technology to empower employees when it comes to turning off and drawing better lines between work and home.”

Another tip from Mahon is for leaders and managers to develop clear expectations around goals and deliverables, and to ensure there is a clear framework for measuring performance that is linked to career development.

“Having more than one person assess performance to reduce bias is really important, particularly where the manager has a mix of remote and on-site team members reporting to them.”

While the Zoom ceiling could potentially be the new glass ceiling for women, Mahon pointed out that women are not the only people who could be affected by it.

“For many neurodivergent and disabled people, the ability to work from home greatly improves their standard of work as they have the freedom to do what is best suited to them and their lifestyle,” she said.

“By opening our minds and attitudes towards a flexible work environment that designs itself around people’s lifestyles, we can access more talent and hire people regardless of where they are based.”

10 things you need to know direct to your inbox every weekday. Sign up for the Daily Brief, Silicon Republic’s digest of essential sci-tech news. 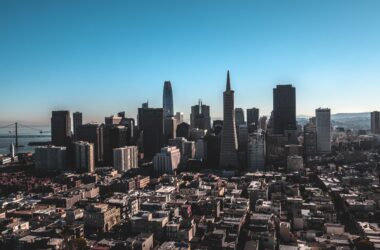 As has been covered in the media pretty much non-stop for two years, the combination of the pandemic…

In the ongoing back and forth between remote work and staggered returns to the office, more companies are… 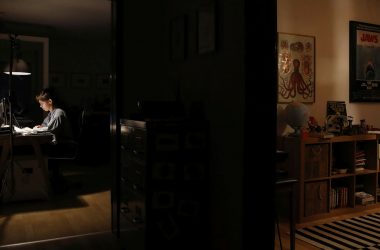