Launching it to real humans is also fraught with pitfalls.

You might think, though, that Microsoft has had enough practice and comes prepared to deal with anything and everything.

If only it was that simple.

On introducing Windows 11 with great fanfare and incitement to aesthetic admiration, Microsoft was forced to admit that, no, not every PC will be able to run its new software.

Sadly, the company wasn’t entirely sure which PCs would be eligible and which would be discarded to the detritus heap.

What does an experienced company do in times like this? Why, it decides to run a question-and-answer session entitled “Windows 11 upgrade and deployment tools.”

A wise modern idea, this. An idea, though, that needs to be entirely thought through.

For here was Aria Carley, a Microsoft senior program manager, declaring that she was supported by brilliant people who’d be able to answer “90% of your questions.”

I confess to feeling a slight chill. What sorts of questions would be in the 10%? Something like “Why is Windows 11 a lot like Windows 10X?”?

Carley began by extolling Intune and offering a little (attempted) humor: “If you’re not using Intune today, that’s OK. We recommend it, but we understand that there’s other management tools out there. We forgive you. Huh. Mostly.”

Please, I’m all for humor in this torrid world. This did, however, drift toward teacher-tells-you-off, which may not have been the ideal tone given the disquiet around important aspects of Windows 11.

Nevertheless, I persevered. A question came in from the viewing audience: If a device isn’t “quite compatible” with Windows 11, will it be offered the upgrade via Windows Update?

Carley admitted that “it sucks” that some — well, many — devices aren’t eligible. “But the great thing to remember is the reason we’re doing that is to keep devices more productive, have a better experience, and, most importantly, have better security than ever before.”

“Which, yeah, may cost you or your organization some money,” she didn’t add.

She went on to muse that Microsoft didn’t want its customers to live in a state of confusion as to whether their device is supported or not. Your device, she said, will be able to determine whether it’s compatible with Windows 11 so that you don’t even have to start the downloading process.

Still, the eligibility requirements with this new Windows version are a touch more exacting than with previous iterations.

Some customers may have watched this video, therefore, and considered that the tone offered by Carley and her fellow presenters veered excessively toward imperfection.

It felt slightly less understanding of customers’ potential problems and slightly more interested in declaring that Microsoft really is quite wonderful. There was even sneering at, oh, the media. (Who does that?)

Of course, the structure of this AMA made me wonder what customers thought of the presenters’ relative exuberance. So I slipped down to the YouTube comments section to see whether there was some sort of spontaneous reaction. Oddly, the comments were turned off.

Which seemed peculiar when the whole idea was to hear from customers. I thought I’d found a clue when I saw that this video had 33 likes and 206 dislikes.

Moreover, it seems that comments had initially been turned on. Until, that is, people started to comment.

Windows Central reports that many comments weren’t adulatory. Sample: “A lot of these answers come off as super tone-deaf. It’s looking like Windows 11 will be another Windows 8.”

Others wondered whether this was really all a less than subtle ploy to get customers to buy new machines and therefore new licenses.

Your response to such a thought may depend on how cynical you think tech companies have become.

It’s never easy to explain to customers why you may be creating difficulties for them. (How many times have you heard: “It’s for your own good. Really.”?) It’s definitely not easy when you’re likely not the people who took the big decisions that led to this point. But for some customers, this clearly wasn’t working.

Carley’s entreaty at the end was for IT managers to think about how Windows 11 will impact their organization and how Windows 11, the cloud, and PCs are going to help make things better, rather than offer a clearer, simpler summation as to the true implications.

Of course, some commenters are trollish. But if you choose to open yourself to comments and then shut them off when you don’t like them, it feels as if you suddenly realize you haven’t quite read your audience.

As Windows 11 begins to roll out, there will be more kvetching. How could there not be?

But, come on, people, at least it’s a lot prettier than Windows 10.

From John Lewis to NatWest, employers bank on remote working – The Times 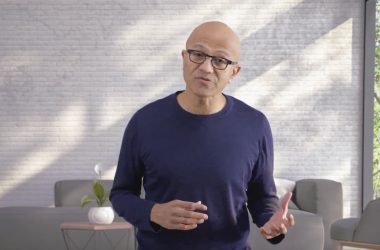 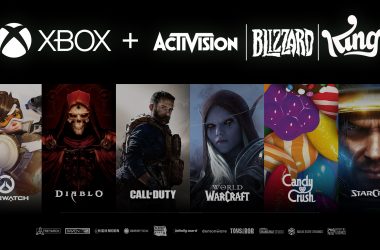 Microsoft to acquire Activision Blizzard to bring the joy and community of gaming to everyone, across every device – Stories – Microsoft 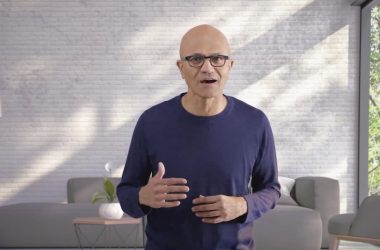 Satya Nadella, CEO of Microsoft Source: Microsoft Microsoft said it believes an Israeli company was behind malware that…