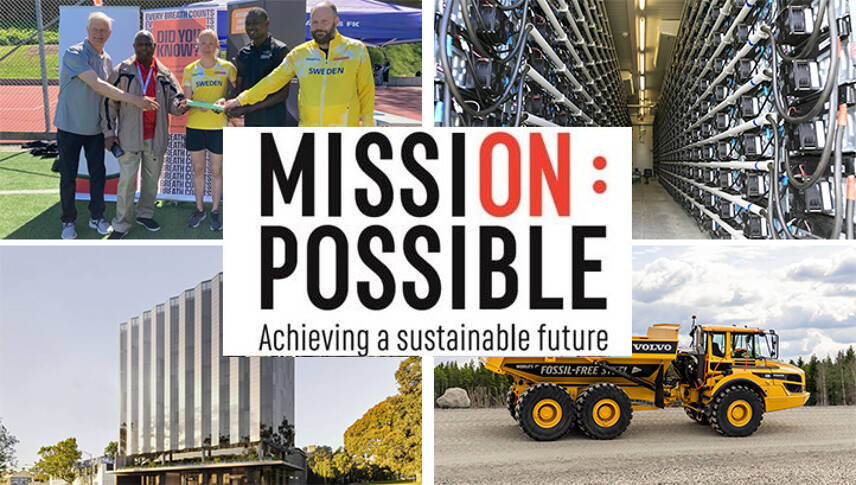 Published every week, this series charts how businesses and sustainability professionals are working to achieve their ‘Mission Possible’ across the campaign’s five key pillars – energy, resources, infrastructure, mobility and business leadership.

Across the UK and the world, leading businesses, cities, states and regions are turning environmental ambitions into action. Here, we round up five positive sustainability stories from this week. 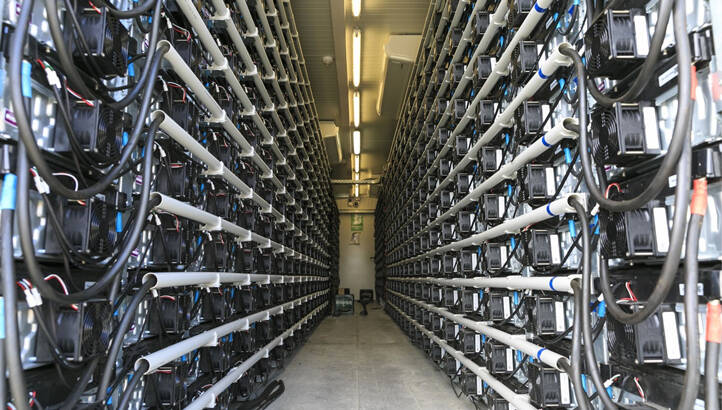 As more renewable electricity is added to the grid and as sectors such as heat and transport electrify in the coming decades, energy storage will need to be scaled to overcome the intermittent nature of renewable generation and maintain energy security.

Recently, edie covered RenewableUK’s announcement that the total capacity of energy storage projects in operation, under construction, consented and in the UK’s planning system has doubled within 12 months to reach 32.1GW.

And, over in Ireland, energy giant RWE this week announced the completion of its largest battery energy storage project to date. Based near Monaghan, the 60MW Lisdrumdoagh facility has received €25m of investment and entered full operation on Monday (6 June).

RWE said in a statement: “In the first half of 2020, Irish onshore wind farms generated nearly 37% of the country’s electricity needs, making Ireland an important market for onshore wind. Ireland has set a target of generating 80% renewable electricity by 2030.

“[The] deployment of battery storage like Lisdrumdoagh, will be capable of a rapid response to frequency changes, importing or exporting electricity from the grid as needed, and helping efficiently stabilise the grid, while guaranteeing reliable electricity supply for users.” 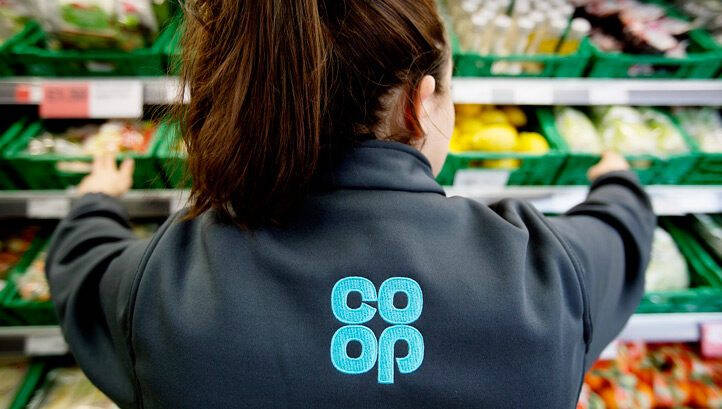 With the UK in the grip of a cost of living crisis, many organisations are seeking to shine a spotlight on opportunities to prevent food and other product waste while helping those most in need of support.

This week, Co-op and Microsoft revealed that they have been collaborating to build and implement a not-for-profit digital platform enabling food businesses to redistribute their surplus stock efficiently, within their local areas. Called ‘Caboodle’, the platform connects food businesses – whether they are large supermarkets or chains, or independent outlets – with local community groups and charities.

Caboodle incorporates technology from Microsoft, adapted with help from consultancies BJSS and Team ITG. Co-op has added Caboodle to 100 food stores in Northern Ireland and South-East England and will roll it out in a further 2,500 stores in July. Also supporting the initiative is environmental charity Hubbub, which is well-known for its UK-wide Community Fridge network – also supported by the Co-op.

WRAP’s food lead Estelle Herszenhorn said: “Surplus food redistribution has been a success story over recent years. 320,000 tonnes of food was saved from going to waste between 2015 and 2020 worth £1 billion, and providing the equivalent of 220 million meals. But much more good food is still going to waste that could feed people.

“Innovations like Caboodle that can help to overcome common barriers and ease redistribution of surplus food are really exciting and have the potential to make serious inroads into the 200,000 tonnes that WRAP estimates could still be redistributed.”

When we think about low-carbon mobility, we often think of the need to reduce and eliminate tailpipe emissions through efficiencies and the adoption of alternative fuels and electric vehicles (EVs). This will doubtless reduce air pollution and reduce lifecycle emissions, but there are still other considerations, like microplastics from tyres and embodied carbon.

On the embodied carbon piece, Volvo has this month delivered its first truck made using steel produced without fossil fuel use, to construction firm NCC. The automaker sourced the steel for the A30G dump truck from the HYBRIT project in Lulea, Sweden, which is spearheaded by SSAB, LKAB and Vattenfall. At HYBRIT, iron ore pellets are reduced using processes powered by green hydrogen, and the resulting sponge iron is smelted in an electric arc furnace.

Last month, Volvo joined The Climate Group’s SteelZero initiative, along with a swathe of other large businesses. The initiative represents businesses across the steel value chain and is designed to scale the market for steel with a net-zero emissions footprint. 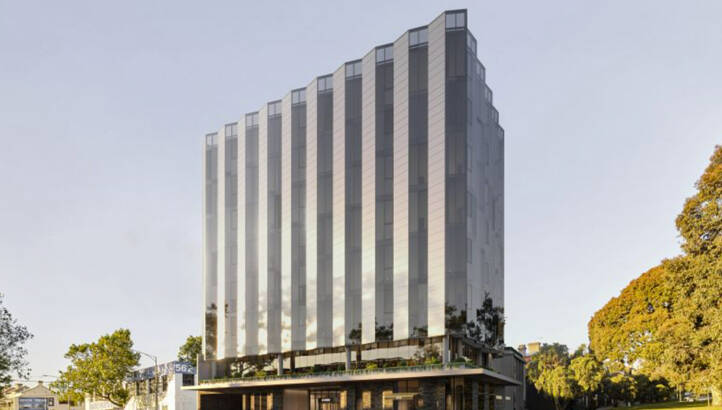 As announced in a Guardian Australia news piece that’s been shared hundreds of times among sustainability professionals on LinkedIn this week, the nation is set to get its first office block fitted with thin solar panels – known as a ‘solar skin’.

The $40m, eight-storey development in West Melbourne is due to be completed next year. After the developers gained permission to cover the block with more than 1,100 solar panels earlier this year, the investment in the PV system, from German energy tech firm Avancis, the investment has now been confirmed.

The solar panels will be the same thickness as the typical modern glass facades used on commercial blocks. Their developers claim that the setup enables up to 50 times the level of energy generation than the same building would achieve using rooftop solar PV, as space is maximized and solar energy captured over longer periods due to different angles being available. More than 90% of the building’s power needs are set to be met using self generation. 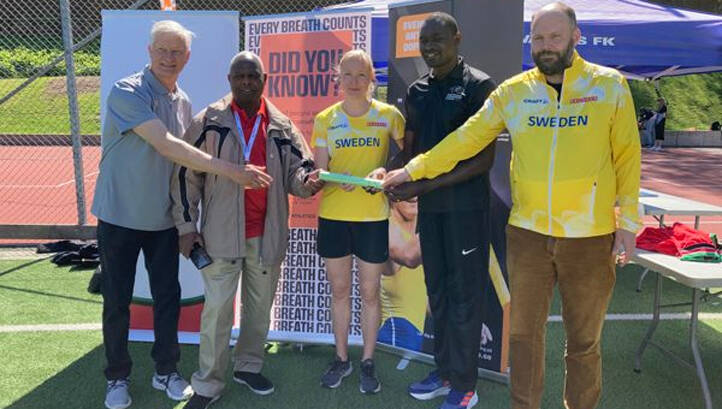 The World Health Organisation (WHO) estimates that 90-99% of the global population is regularly exposed to air which breaches its recommended pollution levels. The burden of resulting health conditions is disproportionately borne by low-income populations in urban areas.

A major campaign for stronger and more joined-up action to improve air quality has this month been launched by World Athletics, the international governing body for track and field athletics. The campaign, called ‘Every Breath Counts’, is the first from the organisation with an environmental focus. Its emphasis will be on how worsening air quality is making it harder to exercise outdoors.

‘Every Breath Counts’ will seek to show local and national governments, as well as private sector actors, the scale of public concern around air pollution and the real-world negative impacts it is having on human health and economies. These actors will be asked to sign the ‘Declaration for Clean Air’, pushing for more ambitious targets and better air quality monitoring.

“Athletics has always been about striving to achieve your best, and this campaign is about demanding better; I want to live in a world where everyone can breathe clean air,” said World Athletics’ president Sebastian Coe.

“It’s a simple ask, but sadly it’s a race against time to get there. As a runner, I want to ensure that future generations can experience the same freedom and joy that I’ve felt throughout my life.”

© Faversham House Ltd 2022 edie news articles may be copied or forwarded for individual use only. No other reproduction or distribution is permitted without prior written consent.

Interest In Remote Work Is Up 556%: Here’s How To Find The Right Remote Job – Forbes 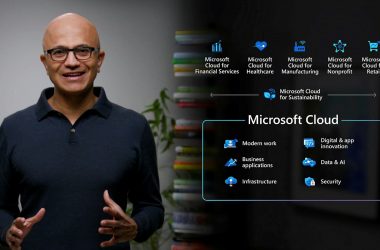 There is a virtual chasm between Facebook and Microsoft’s ventures into the metaverse. Facebook’s rebranding to Meta is… 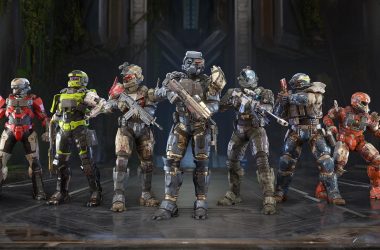 Halo Infinite 343 Halo is currently trending with a hundred thousand mentions on Twitter, and that’s…not the best… 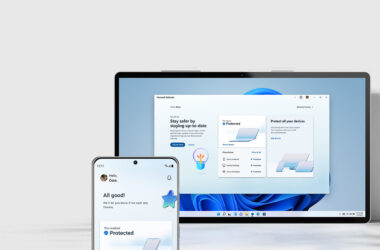 Today’s sophisticated cyber threats require a modern approach to security. And this doesn’t apply only to enterprises or…