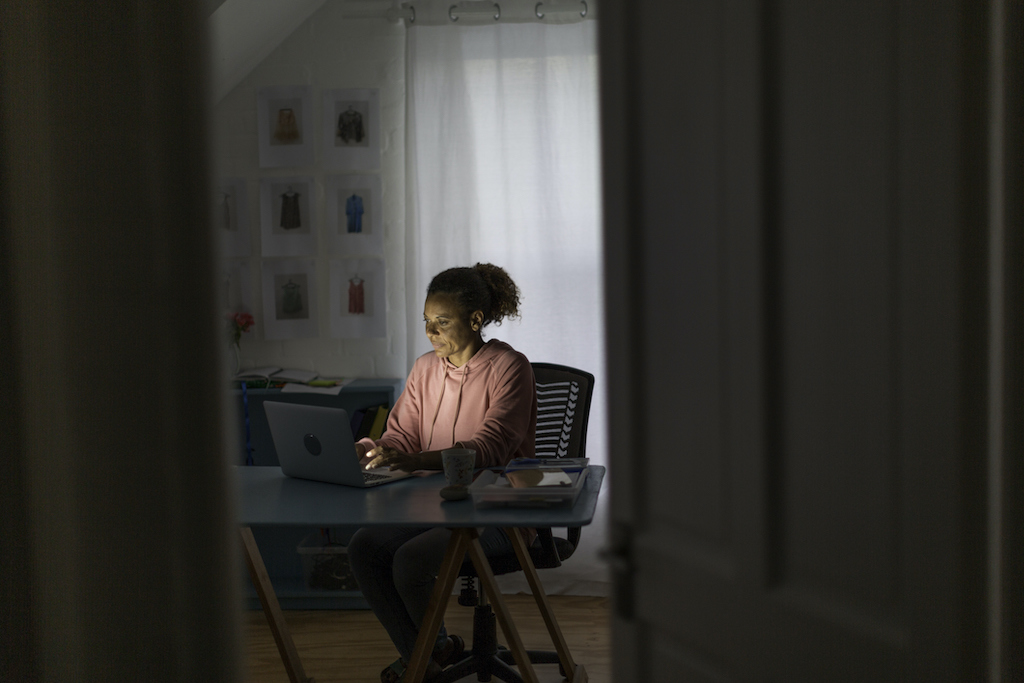 Among the many transformations to people’s ways of living since the start of the global pandemic, none has received as much attention from the media as the increase in the prevalence of remote work. The World Economic Forum has observed that the opportunities to work remotely are not equally distributed: well-paid workers in “high-skilled” industries are more likely to work from home than their service-industry counterparts. So worrisome is this trend that economists have gone as far as to refer to it as a ticking “time bomb for inequality.”

The vast majority of workers have not moved to remote working. Both service-sector employees and those based in productive industries have, in most cases, continued to work on-site. Despite this fact, a disproportionate amount of media coverage has focused on remote work. One perhaps obvious explanation for this is that the people tasked with writing about workplace conditions are very often remote workers themselves.

Less clear within the reams of coverage that the media and policy think tanks have given to working from home is what this move augurs for the conditions of workers. Is remote work, as its advocates argue, emancipatory, or do the same forms of exploitation found in regular work continue to predominate?

During the first wave of the pandemic in April 2020, millions of people discovered remote work for the first time. Until then, a small yet globally distributed group, often in management, had been enjoying the benefits of remote work for years. These champions of working from home argued that doing so could fuel creativity, reduce unwelcome interruptions, and save on commute times.

In cases where workers have more power vis-à-vis their employer, remote work can in fact make good on the promises made by its defenders. Brian Pallister, the former leader of the Progressive Conservative Party of Manitoba and longtime working-from-home advocate is poster boy for elite fantasies about working from home. Pallister, who governed the province until September 2021, was profiled by Maclean’s Nancy Macdonald, who reported on the former politician’s working conditions from his opulent second home in Costa Rica. Pallister’s primary home is in the notoriously cold provincial capital, Winnipeg (often called “Winterpeg” by locals).

Macdonald was impressed by what she found at Pallister’s residence:

Everything he needs is here: a basketball half-court for shooting hoops, a shaded porch for reading. The guest house was transformed to a gym, with treadmills and weights. Two large satellite dishes keep him connected; a transformer ensures he can power the place. But the pool he pretty much ignores. . . . When he needs to, he and his wife get around in a silver Land Cruiser, and a pair of Honda ATVs.

Unsurprisingly, during his first term in office, from 2016 to 2019, Pallister spent a total of 146 days at this idyllic retreat. At the time, his absence caused a small scandal. Not fazed by the criticism, the premier pointed out that there were many practical merits to the work life he had chosen. “It’s easier to work here than in Manitoba, where I’m constantly interrupted by meetings,” he said to Maclean’s. Conference calls with his senior staff every other day kept him in the loop. For everything else, as he told the reporter, “there’s email and text.”

Most workers’ experiences of remote work bear very little resemblance to Pallister’s. As the Washington Post has reported, management have deployed sophisticated surveillance technologies that extend their reach directly into the homes of employees to maintain control over their workforce from a distance. We should, of course, be wary of treating these technologies as novel. In normal workplaces, companies’ power to surveil workers reflects the power dynamics between bosses and employees, and the same holds for surveilled remote workers.

Early summer optimism about widespread vaccination across Canada and the United States prompted plans for office reopenings. Writing for the Atlantic in July, Ed Zitron argued that many workers don’t want to go back. According to Zitron, remote work has revealed a whole layer of management to be superfluous:

Remote work empowers those who produce and disempowers those who have succeeded by being excellent diplomats and poor workers, along with those who have succeeded by always finding someone to blame for their failures. It removes the ability to seem productive (by sitting at your desk looking stressed or always being on the phone), and also, crucially, may reveal how many bosses and managers simply don’t contribute to the bottom line.

Zitron does not go so far as spelling it out as a socialist would — that it is workers, as the primary producers of value, that contribute to the bottom line — but his observations are nonetheless a useful springboard for conversation. Socialists have focused their attention on the divide between workers and capitalists. During the pandemic, another divide — perhaps almost as stark — has manifested. This is the one between workers and managers. Management has traditionally carried the responsibility of coordinating labor and keeping workers on task. But most remote workers have reported increased productivity during the pandemic without management superintendence.

The increase in prevalence of remote work generated by the pandemic has further shown that the interests of senior managers, company owners, and board members — or premiers of provinces — are, more often than not, in conflict with the interests of their employees.

Zitron’s comments call to mind the series of classifications of different forms of work that the late David Graeber developed in his classic book Bullshit Jobs. There Graeber made a convincing case, based largely on his own research, that many salaried white-collar workers spend their days completing tasks that they personally think are of little to no importance. These jobs don’t contribute to the happiness, health, or security of others; they may not even be connected in any tangible way to generating profit.

For Graeber, the absurdity of work under capitalism was so great that it was hard to distinguish from fiction. In 2002, a tax auditor in Helsinki, Finland, died at his desk and his colleagues, not realizing he had become a corpse, worked around him for forty-eight hours. How different was this from the scene in David Foster Wallace’s The Pale King where an auditor at the Inland Revenue Service dies at his desk and it takes days for anyone to notice?

Graeber argued that workers can get away with doing next to nothing as long as their boss can see them. Workers sitting idly at their desks, secretly wondering if eliminating their jobs would make little to no difference to their organizations or the broader world, are unwittingly proving the truth of Graeber’s bullshit jobs thesis.

Of course, this does not mean that all jobs are bullshit. One measure of the value of a particular profession is to ask what would happen if workers withdrew their services: for non-bullshit jobs, it would not take long for the consequences to become unbearable. Consider the exploited, overworked, and underpaid workers in senior homes in Quebec. In April 2020, afraid that COVID would kill or sicken them, these workers quit or deserted their positions in large numbers.

Graeber cites a survey in which the time American office workers said they devote to their actual duties declines from 46 percent in 2015 to 39 percent in 2016. This seems like a very sharp decline from an already low figure. Nonessential time, survey respondents said, was filled with answering emails, “wasteful” meetings, and administrative tasks.

We often understand capitalism as an economic system aimed at maximizing productivity and efficiency. It is therefore strange to think that within capitalist industries there could exist positions whose primary function is creating unnecessary tasks that produce no value. We should not be surprised by this contradiction. This division of the workday into discrete units of time rather than tasks encourages inefficiency. Once the day is broken up in this way, work becomes less about production and more about being present within a particular place for a particular amount of time.

In the postindustrial age, the keyboard jockeys of the “knowledge economy” are engaged in dislocated Sisyphean tasks, the product of which is at best hard to discern. The abstractness of the work produced within the knowledge economy becomes even more apparent when compared to other sectors. Grocery store clerks, subway station cleaners, bus drivers, mail carriers, nurses, teachers, and home care staff are all workers whose output is intelligible.

On the one hand, office workers — while often wage laborers — are distinct from blue-collar laborers and enjoy the consequent perks of mental labor, such as the possibility of working from home. On the other hand, the fact that the result of such work is often nebulous increases the sense that one’s time on the job is, in fact, a total waste of human energy. In either instance, it remains the case that the advantages of working from home come to very little without proper pay and benefits. Escaping costly and time-consuming commutes, for instance, is thin gruel for working parents earning minimum wage without the benefits of childcare.

However, there is reason to believe that remote work can at least offer a way out of the dreary and meaningless state of affairs described in Bullshit Jobs. An ADP–Angus Reid survey of 1,500 workers compared respondents’ work lives in April 2020 versus April 2021. It found that “despite working longer hours, 42 percent of Canadian remote workers are feeling more productive and over a third (37 percent) have noticed an increase in the quality of their work.” It seems plausible that the increased productivity is the result of a decline in the amount of bullshit these workers are forced to manage during a typical workday.

The flipside of this change, however, is that office workers are reporting working longer hours, feeling stressed, and burning out. In addition to this, workers are forced to put up with intolerable levels of surveillance.

Given the variance in the preferences of office workers themselves — about 40 percent say that a fifty-fifty split between remote and in-office would suit them the best — the most labor-friendly solution is to let workers themselves decide what they want. This will only be possible when workers have more power in the workplace. Increasing the levels of unionization across all sectors will be an essential component in giving workers more autonomy.

The value of work has for too long been measured by bosses rather than by the socially positive contributions made by wage labor. Shortly before his untimely death, Graeber observed this fact, writing that “we are a collection of fragile beings taking care of one another, and that those who do the lion’s share of this care work that keeps us alive are overtaxed, underpaid, and daily humiliated.” Until the basic structure of workplace hierarchies based on capitalist production is overcome, remote workers will suffer the same deprivations as their on-site and in-office comrades. 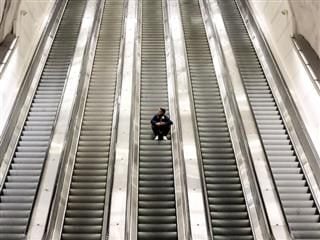 From Remote Working to Intelligent Working: Next Steps for Digital Transformation – CMSWire 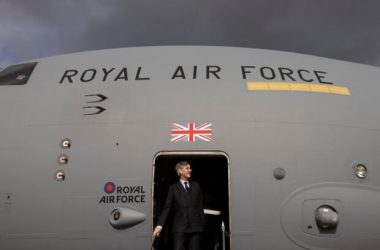 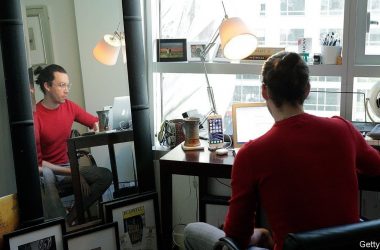 The difficulties of policing remote work – The Economist