Herd says this isn’t just a Google problem. “Every CEO that I’ve talked to has acknowledged the same thing: If they try and pull people back to an office full time, they will have a competitor that takes the diametric opposite position to what they do,” he says. “Companies that go back full time are going to bleed all their best people to their most fierce competitors,” he says. “It’s going to lead to what I imagine will be the highest period of turnover between companies in history.” Microsoft’s 2021 Work Trend Index found that 41 per cent of employees across the globe are considering leaving their current employer this year and 46 per cent say they’re likely to move because they can now work remotely.

Some businesses are combatting the employee push for continued remote work with a pay cut. In June, Facebook announced every employee could continue working remotely forever, but may see their salary fall if they move too far from the office. Twitter, Microsoft and Stripe are all employing location-based pay grades. A leaked Google memo, featuring a company pay calculator, showed employees leaving the Bay Area could have their salary cut by 25 per cent – even if they moved to a similarly priced area.

A new Colorado law requiring salary transparency in job ads has resulted in dozens of technology companies excluding remote workers in the state from searches for job candidates, according to an investigation by media company CyberScoop. This suggests an otherwise hidden discrepancy in pay between in-office and remote roles.

In London, several government departments have reportedly considered removing the London weighting (about £4,000) from the salaries of employees who no longer wish to commute into Whitehall – though the official government line remains that there are no plans to dock anyone’s pay. If that changes, it will imply that legislators believe that where someone works is more important than how well the work is done.

“It’s highway robbery, isn’t it?” says Tim Oldman, CEO at Leesman, a workplace insights company. Employees aren’t naïve; they know how much money companies will save on office space and amenities if they work from home, at least they know it’s a lot, so asking them to take a pay cut in response is insulting. “Frankly, if I was one of those employees, I’d be participating in the Great Resignation,” he says, referring to the millions of workers who have already quit their jobs.

Remote-only firm GitLab openly, and thoughtfully, adjusts its pay scale based on each employee’s location. Julianne Gendrano quit her long commute to work there as a support engineer way before the pandemic set in. She currently lives in the Bay Area, which is at the top of GitLab’s salary scale, but if she decided to return home to Boston, she’d face a pay cut. “It’s not a serious consideration for me yet because I don’t plan on moving,” she says. “But you never know, so it’s always something that hangs like a cloud over my head.”

When the pandemic began, some of her out-of-town colleagues decided to leave. “We did have people on my team go and chase other opportunities because of the fact that they could get a similar opportunity without the downside of the cost of living adjustment,” says Gendrano. So, any salary adjustment, no matter how considered, could cause remote workers to flee.

Other businesses have gone in the opposite direction, reimagining their office strategy entirely. Standard Chartered Bank, for example, is planning to cut its office space in half by 2025, while at the same time promising that the experience at the remaining real estate will be “twice as good as it was pre-pandemic,” says Oldman. Boston cybersecurity firm Rapid7 is following a similar strategy, he explains. “They’re saying, we’re cool with wherever people want to work. But we’re going to provide such a good workplace, that you’d be bonkers not to come here.” 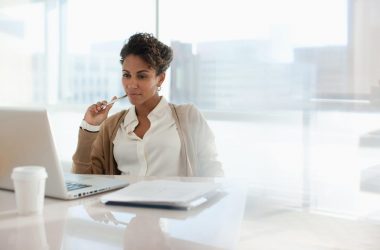 Hybrid work is here to stay. getty Among knowledge-worker-intensive companies, there’s a big question of whether work-from home/work-from… 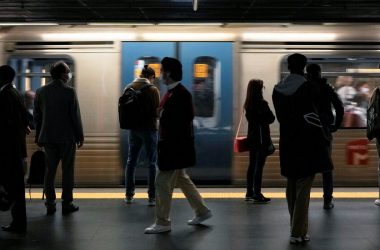 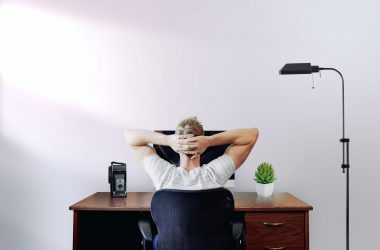 The health of employees is critical to the running of any business, and this has been reaffirmed over…