Welcome to the 436th edition of Android Apps Weekly. Here are the big headlines from the last week:

Music Pro is a new app from Sony, and it’s specifically for Sony phones. It actually doesn’t play music as its name suggests. Instead, it’s mostly for recording audio files. It’s decent for a recorder, and you get a good-looking waveform animation when you do so. The claim to fame for this one is the ability to monitor yourself while you record if you use wired headphones. There are also some tuning functions to help you get a better sound out of your recordings, but that is a premium feature. Unfortunately, I do not have a Sony phone so I could not test this one, but it seems pretty straightforward.

MU Origin 3 is a new MMORPG and the second one to launch in two weeks, with Diablo Immortal being the other. This one has three customizable classes, which are essentially melee, ranged, and magic. It also boasts an open world, cross-server PvP, tons of loot, and other MMORPG staples like flying. It’s a fairly straightforward MMORPG experience, but it does all of the usual MMORPG stuff solidly. It has a lot of menus that are confusing at first, and the auto-play is not everyone’s cup of tea. It has its ups and downs, but it should be pretty popular for a little while.

Super Notes is a note-taking application with a UI that is reminiscent of Google Keep. You get the main screen with your notes in various colors. It also supports lists, images, rich text, a night mode, and some other stuff. You can lock this app with your fingerprint to keep away from prying eyes. Additionally, you can export notes to PDF or TXT files if you want to. It runs for $5.99 up front but has no ads or in-app purchases. Overall, it’s quite nice if you need that extra level of privacy, but other note-taking apps otherwise keep up pretty well.

A Story of A Company

A Story of A Company is the latest game from Buff Studios, developers of Underworld Office and Buff Knight. This one is a visual novel game similar to Underworld Office. You follow the story of the everyday lives of a group of human and animal hybrids in their totally normal office environment. There aren’t any real mechanics, but that’s indicative of the genre at large. You mostly just read the story, make some decisions, and enjoy yourself until you reach the end. There are multiple endings, epilogues, and achievements for the player. It’s a pretty chill game overall, and Buff Studios does a pretty good visual novel in general.

Microsoft Lists is a productivity tool for folks who use Office 365 as part of their job. It lets you manage your work, track information, and stay organized. It’s similar to things like Asana or Basecamp, but on a smaller scale. The app comes with various templates to help you create stuff quickly, collaborative features to include coworkers, and integrations with other Microsoft products. A lot of the negative feedback comes from this not being a note-taking app or a list app, despite its name. However, it works well enough assuming your job uses Office 365.

If we missed any big Android app or game releases, tell us about them in the comments.
Thank you for reading. Try these out too: 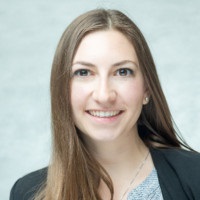 Why office 365 Backup is Essential for the Modern Business – Redmondmag.com

Why office 365 Backup is Essential for the Modern Business Date: Wednesday, November 3rd at 11am PDT /…

Microsoft 365 customers could be at risk. The company has issued a warning for users of its office…