London, United Kingdom – Kiasi Sandrine Mputu has worked from the bedroom of her London flat since the pandemic struck in March 2020. Like legions of crisis-minted remote workers the world over, she says the arrangement has its pros and cons.

“I love working remotely,” the 30-year old told Al Jazeera. “I don’t think I’ll ever be able to come back [to] the normal routine.”

An assistant manager at a London-based import-export firm, Mputu’s home office is a testament to how personal and professional spaces can become quickly entangled by remote work: a desk with a company-provided computer monitor nestled next to a drawer full of clothes that’s adjacent to her bed.

Though she’s adjusted to the flexible sleep-work space, Mputu still struggles with feeling isolated from colleagues.

“I [sometimes] spend all week by myself,” she said.

Mputu says her employer occasionally organizes virtual social gatherings. But she wants the British government to follow Europe’s lead and do more to support the mental wellbeing of remote workers like herself.

But workers’ advocates want Europe to go even further – by ensuring new laws addressing remote work arrangements cover all employees, no matter where they earn their living.

In a major victory for better work-life balance, Portugal last month rolled out new regulations for the remote-work era, including granting workers the “right to disconnect” by forbidding firms from contacting employees outside of working hours except in cases of emergencies.

The new rules – designed with an eye towards attracting more tax-paying “digital nomads” to the country – also require firms to help pay for home gas, electric and internet bills; forbid them from surveilling their remote workforce; and require them to allow parents of young children to work from home without getting prior approval.

But Portugal stopped short of granting workers the right to turn off their devices and ignore messages from their bosses outside of working hours – a rule Italy enacted earlier this year.

Strides are also being made in France and Germany, where employers are required to have a valid reason for turning down employee requests to work from home.

Trade unions and experts in the European Union and the United Kingdom welcome the momentum to advance the rights and wellbeing of remote workers, but they want the new rules to go even further.

Experts say the explosion in remote work during the pandemic has laid bare how obsolete some labour laws have become.

The “right to disconnect”, for example, is a hot-button issue that predates the pandemic, with France putting a pioneering law on the books back in 2017. While other European countries followed suit, the European Parliament is still pushing the EU Commission to give workers throughout the bloc the right to power down their devices when they are not at work.

Heejung Chung, a researcher on overtime and work-life balance at the University of Kent and author of The Flexibility Paradox told Al Jazeera employers have been contacting workers outside of formal working hours more frequently as the boundaries between home and office are obscured, leading employees to work around the clock – a growing problem the right to disconnect is designed to correct.

She also said that remote workers are often burdened with the “flexibility stigma”, where working from home is looked down upon as less productive than in-office arrangements. That negative perception, she said, can lead employees to work longer hours to compensate.

Many workers’ rights advocates say the right to disconnect is just a start, and that companies need to grant workers the power to determine their own work schedules to promote a healthier work-life balance.

“A lot of the boundaries that were afforded by labor laws about … [working] overtime … [became] obsolete,” said Chung.

Data cited by the European Trade Union Institute found that 27 percent of European remote workers were worried about their jobs when they were not actually doing them, and that 29 percent felt too tired after work to do some domestic chores.

Not interrupting employees outside of working hours “will not prevent these workers from suffering stress when they are back to work,” Ignacio Doreste, an adviser to the European Trade Union Confederation, told Al Jazeera.

While Mputu feels fortunate her boss does not contact her outside work hours, she said she would prefer to set her own work schedule, rather than be tethered to one her employer determines.

“At the end of the day, we are at home, so if I can do my job at night or in the morning, that wouldn’t really make a big difference,” she said.

All workers, not just remote ones

While many workers’ rights activists welcome the drive to empower remote workers, some are concerned that the relentless focus on work from home could leave behind a vast swath of the workforce.

A poll conducted by TUC in June found that people in the United Kingdom who worked higher-paid jobs were much more likely to have worked from home during the pandemic than those in working-class jobs.

“All workers need stronger rights to the full range of flexible working options like flexitime, predictable shifts and job shares,” O’Grady told Al Jazeera, “otherwise there will be a new class divide, with some people getting the flexibility they need and others excluded.” 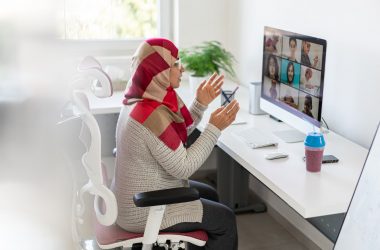 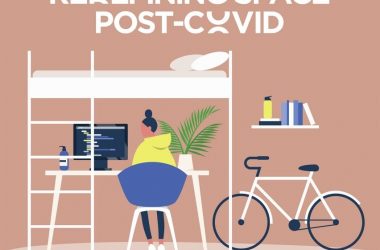 Housing blocks with co-working areas and greener interiors will help facilitate remote working in the post-pandemic world, according… 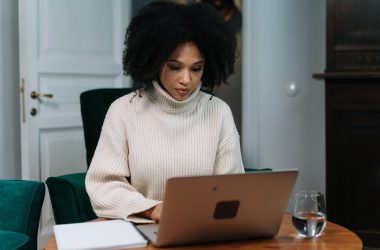 Did We Forget to Give Teams a Remote Working Playbook? – Entrepreneur

Table of Contents Hide Where is the Teams Remote Working Playbook?Interpersonal issuesChanging channels to remote workWorking it with…