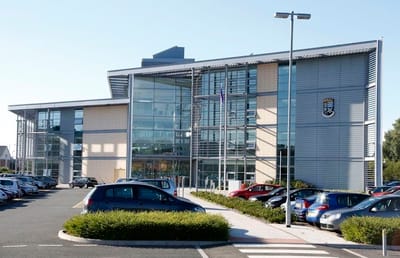 HYBRID meetings will become the norm in Ceredigion council as new technology is set to be in place after May’s elections, with councillors handed equipment to make remote working easier.

Discussing the move to mixing remote and physical attendance in committee last week, some councillors said they would hope that all members would be asked to attend full council at the council offices in Penmorfa, Aberaeron, while acknowledging hybrid meetings will work well for committees.

Members of Ceredigion County Council’s democratic services committee also discussed the IT kit to be provided to councillors in May, with some bemoaning the lack of iPad or tablet device and printers at a meeting on 7 March.

Cllr Ceredig Davies, committee chairman, said that councillors did not work in the same way as officers and portable devices were “extremely useful” a point reiterated by Cllrs Ray Quant and Elizabeth Evans.

Also in the news

“An iPad really enables us to do our job properly,” said Cllr Evans, backing the call for a similar device to allow a councillor to work wherever they are.

Access to emails and some council systems will be available through Office 365 on a personal device, corporate lead officer for customer contact Arwyn Morris said, adding the authority aimed to “work digitally rather than paper-based”.

But Cllr Gareth Rees questioned the “common sense” of reducing unnecessary travel with the hybrid meeting system and then saying councillors can print documents out at authority offices.

Equipment to be provided after the election includes a laptop, two 24” screens, carry case and keyboard, mouse and headset.

The update on the installation of hybrid technology – which had been delayed due to micro chip shortages – was noted by the committee and members agreed that the report about IT equipment be sent to full council for decision.