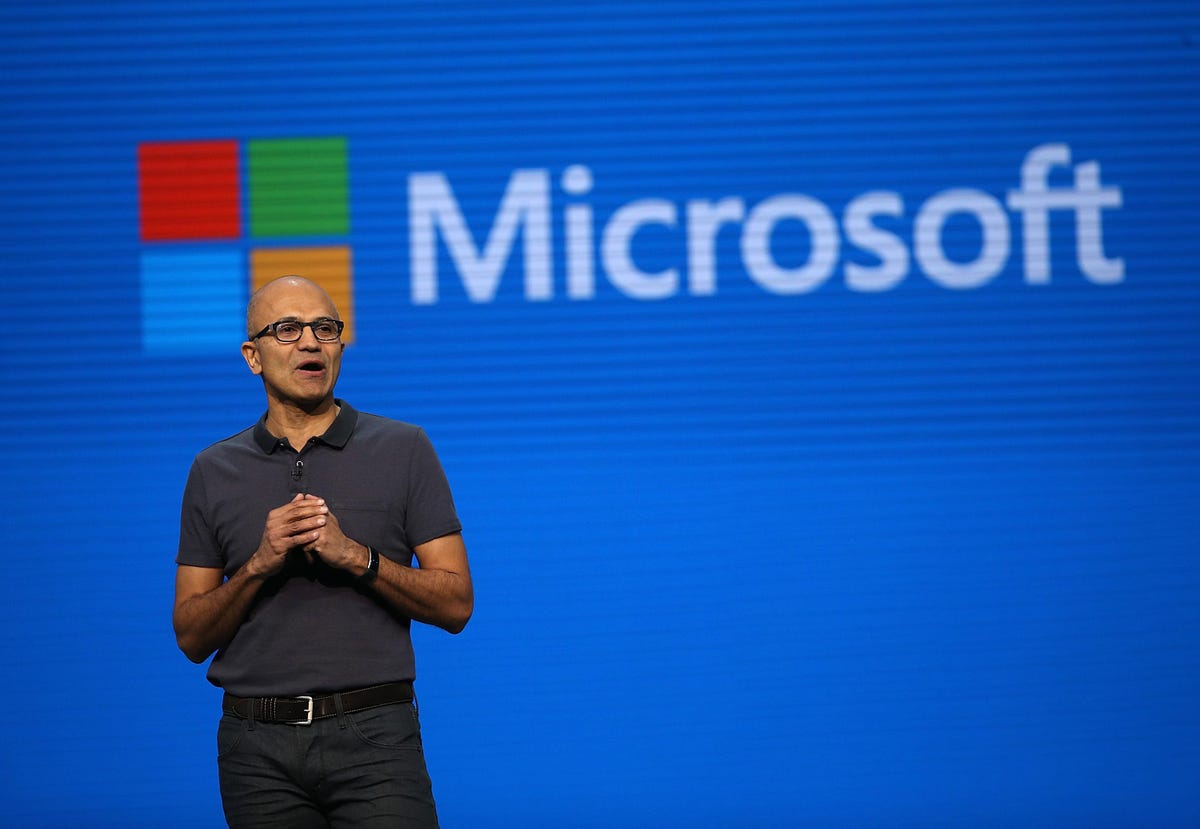 Microsoft has taken the coveted top spot as the world’s largest company by market capitalization – passing even stock market darling Apple. Microsoft was nearly left for dead, like peers IBM or General Electric, as one of the leaders from previous decades that couldn’t innovate fast enough to keep up. The period after the dot-com bubble and then the financial crisis of 2008 were difficult years for Microsoft’s stock as the company greatly lagged its peers in gains.

This trajectory began to change when Satya Nadella, formally of the Azure division, became CEO in 2014 after working his way up through the company over the course of 19 years to president of the cloud business. The stock is up nearly 800% since the new CEO took over. Nadella’s multi-decade cloud experience and intense focus is what has helped Microsoft climb out of the hole that Bill Gates and Steve Balmer following decades of fighting open-source communities and anti-trust issues.

We’ve analysed earnings calls to see how Microsoft’s cloud focus compares to a company like Alphabet, which is diversified across many sectors, such as advertising. The contrast is remarkable in terms of how determined Microsoft’s management is on staking their ground on cloud computing with nearly every statement in the hour-long calls tying back to this sector.

Amazon Web Services could arguably be the hardest competitor in technology and Microsoft accepted this challenge despite AWS having a nearly four-year head start. Growth rates for both companies’ cloud divisions are in the 35% to 40% range.

Since 2018, we’ve covered in detail Microsoft’s hybrid cloud computing strategy and why we thought this strategy would be enough to propel Microsoft’s stock past its peers. Nearly three years after our coverage of this hybrid strategy began, we are now looking to the bellwether to analyse what trends we should pay attention to next across the cloud ecosystem.

According to Gartner, cloud growth will remain robust next year on already large numbers. Public cloud services forecast on end-user spending will reach $482 billion in 2022, up from $396 billion in 2021 for growth of 21.7%.

Amazon Web Services, Azure and Google Cloud are the top three IaaS players in the market with Azure nearly doubling its market share from a low of 11.2% in 2018 to 21% in the most recent quarter. We can see that despite this growth, AWS has not given up any turf and has remained level at 32% market share while the overall cloud IaaS market has grown substantially over time, affording others such as Azure an opportunity to capture this growth.

Primarily, it’s hybrid cloud computing that has helped drive Azure’s market share. We first covered this in 2018 and expanded on Microsoft’s strategy in 2019 when we stated:

“Investors should pay close attention to hybrid cloud when looking at Microsoft. Looking at it carefully will give them perspectives about how the company is positioned to set itself apart from other cloud companies like Amazon and Google.

Hybrid cloud is a technology which enables companies to store some of their data on their own servers while simultaneously sending other data to the private and public cloud. Companies love hybrid cloud because it is cost-efficient, transparent, and safe. Azure’s strength in hybrid computing has made it the main player in the industry. The product is used by 95% of Fortune 500 companies.”

Satya Nadella pointed out another important key aspect as to why Microsoft’s stock price has done well in the current environment where there are inflationary fears: “Digital technology is a deflationary force in an inflationary economy. Businesses – small and large – can improve productivity and the affordability of their products and services by building tech intensity. The Microsoft Cloud delivers the end-to-end platforms and tools organizations need to navigate this time of transition and change.”

I made this point over two years ago prior to the pandemic when the market was greatly doubting cloud and I said the following: “My prediction is this may be one of the last cycles when tech is considered less safe than value stocks. As the market will find out (the hard way), cloud software is actually very safe. It is insulated from trade wars and overseas manufacturing issues. It reduces costs for enterprises, which is ideal for a recession. Cloud software is at the beginning of a rapid growth cycle compared to its counterparts in tech — such as mobile, e-commerce and advertising — which are reaching saturation, are finding themselves in the cross hairs of anti-trust and are susceptible to consumer spending changes.”

Microsoft acquired Github in 2018, which helped Microsoft address its weakness of a poor reputation in open-source communities and lacking in developer relationships. Developers help determine the cloud IaaS service an enterprise or SMB customer will choose, so in-roads into this community via an acquisition has likely helped Microsoft hedge the developer favorite, AWS.

As one of the bellwethers for cloud, Microsoft is a key company to monitor for trends that are leading the market. At Ignite 2021 Satya Nadella said, “we’re moving from a mobile and cloud era to an era of ubiquitous computing and ambient intelligence.” This next growth phase includes four key trends.

The first is the hybrid work-from-home trend with 73% of employees wanting flexible remote work options and 67% want more in-person connections. Microsoft believes the future will support both a collaboration between the physical world and digital world. Microsoft Mesh, which the company calls the Metaverse platform, can be embedded in Teams. Mesh introduces 2D and 3D meetings with personalized avatars that use AI to imitate movements even when the camera is off. Organizations can also create virtual spaces that resemble the physical office environment.

Microsoft Loop is a new collaboration app that will expand Office. Through Microsoft Teams Connect, the company plans to make cross-organization communication easy and secure when there are meetings outside of an organization.

The second trend Microsoft pointed towards in the keynote is hyper-connected businesses. This refers to a “business process transformation” where supply and demand is informed by data and AI to help improve outcomes, such as the supply chain issues the market has experienced this year. At Ignite, the company announced Azure OpenAI Service with a video clip that showed how real-time summaries can be generated during the WNBA play-off. This will help content editors choose the right content in a few seconds using AI. Notably, Microsoft introduced the world’s first AI supercomputer five years ago during Ignite 2016 and today has some of the most powerful AI supercomputers in the cloud.

The third trend for the next phase of growth is that digital business will drive multi-cloud and multi-edge infrastructure. The company has already partnered with telecom operators like AT&T, Verizon, Telefonica, BG, Telstra, and SingTel to use its cloud services. Earlier this year, AT&T decided to move its 5G network to Microsoft Cloud. 5G and the Internet of Things could get a further boost recently as the Infrastructure Bill has been passed. The bill is expected to cost $1.2 trillion over eight years, which includes $110 billion for roads, bridges, and infrastructure, and $65 billion for broadband.

The final trend is the requirement for strong end-to-end security. The pandemic has increased digital transformation and with every business being operated remotely, the complexity has increased. According to the company, Cybercrime costs about $6 trillion per year and is expected to reach $10 trillion by 2025. In the earnings call Satya Nadella mentioned, “Our goal is to help every organization strengthen its defense through the zero trust architecture built on end-to-end solutions that span all clouds and all platforms. We analyze over 24 trillion signals across email, endpoints, and identities each day and translate this intelligence into innovative features to protect our customers.” The company has nearly 650,000 customers using its security solutions, which is up 50% YoY.

Total cloud revenue growth was 36% YoY to $20.7B in comparison to Amazon Web Services 39% YoY growth to $16.1B. Notably, Microsoft does not break out Azure revenue.

78% of the Fortune 500 companies use the company’s hybrid offerings. This quarter GE Healthcare and Procter & Gamble migrated their critical workloads to Azure.

The company also updated in the earnings call that GitHub has 73 million developers. 84% of the Fortune 100 companies use GitHub.

Microsoft Teams is also growing steadily. 138 organizations have more than 100,000 users of Teams. Due to the hybrid work environment Teams chats increased 50% YoY. Schlumberger, Westpac, and SAP have chosen Teams Phone in this quarter. Microsoft 365 subscribers reached 54.1M at the end of the quarter.

Management’s revenue guidance for the next quarter is $50.6 billion across all three segments, which represents year-over-year growth of 17%. The analysts’ consensus is $50.47 billion with adjusted earnings of $2.31.

Microsoft’s strategic bet on cloud became clear when the company placed the president of the cloud division as CEO. There is a stark change in terms of Microsoft’s performance as a public company since 2014 and we believe this new era where Microsoft leads could be just beginning. Apple must contend with consumer sentiment (and China) and must also break into new markets to maintain growth, Alphabet is spread thin across many segments with little overlap, and Amazon’s e-commerce weighs on AWS profits. Meanwhile, Microsoft’s singular focus provides a rare pure play at a $2.5 trillion market cap while cloud is setting up to capture gains from artificial intelligence.

Please note: The I/O Fund conducts research and draws conclusions for the Fund’s positions. We then share that information with our readers. This is not a guarantee of a stock’s performance. Please consult your personal financial advisor before buying any stock in the companies mentioned in this analysis. The I/O Fund has owned Microsoft stock in the past and could again in the future but has no plans of entering in the next 72 ours. 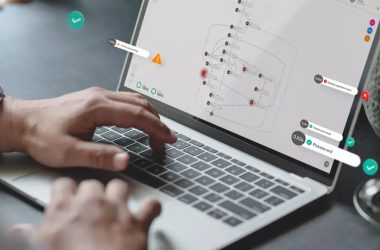 Photo courtesy of Minit. Today, Microsoft is announcing the acquisition of Minit, a leader in process mining technology… 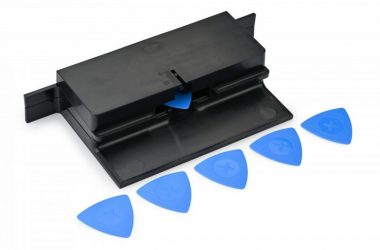 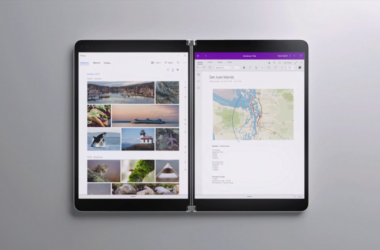