Microsoft Surface event 2021: All the rumors, predictions and announcements to expect on Sept. 22 – CNET

Microsoft is holding its annual Surface announcement event on Wednesday, Sept. 22, but thus far only a few devices have leaked. Most of the news is about the Surface Duo 2, the follow-up to last year’s debut of the don’t-call-it-a-phone foldable Surface Duo. This time, we get the sense that Microsoft may concede some marketing territory to the familiar in order to attract a bigger audience, since its biggest competitor is the Samsung Galaxy Z Fold 3 (and even that’s struggling for sales beyond curious folks with deep pockets).

We also expect the Surface Pro 8 and Surface Go 3, follow-ups to 2019’s Surface Pro 7 and last year’s Surface Go 2 two-in-one tablets. There could also be a new model of the Surface Book. If the iMac-like Surface Studio desktop is revealed, it’ll be a surprise, based on what we currently know. And it’s unlikely that the Surface Laptop will see any updates, as it was recently refreshed.

Now playing: Watch this: What to expect at Microsoft’s Surface event

Get the CNET Windows Report newsletter

Get smarter with the latest Microsoft news, reviews and advice on Windows PCs. Delivered Wednesdays.

Microsoft will need some flagship devices to highlight new features ahead of Windows 11 shipping on Oct. 5, and it’s possible that it’ll break with tradition and incorporate a brand-new Intel Alder Lake CPU, which includes Thread Director, a technology that improves PC battery life and speed, and that only Windows 11 can take advantage of. So anything’s possible.

Here’s what we know thus far.

Will we see a Surface Duo 2? Will it be a big upgrade over the original?

Likely yes, and big is relative.

Genuine-looking photos of devices that are due for an upgrade are a pretty strong indicator that the announcement is imminent. That’s where we stand on the Duo 2; ostensibly leaked photos appeared in July, giving Microsoft plenty of lead time to prep the device for the October event. Potential changes include a rear camera bump with a trio of cameras — 16-megapixel ultrawide, 12-megapixel telephoto and 12-megapixel standard, plus a time-of-flight sensor for depth. Plus, we expect white or black color choices with a frosted glass exterior, and the absence of a dedicated fingerprint reader, which Windows Central believes has been embedded into the power button. It also says the USB-C port has been moved. The site also believes that the new Duo will incorporate a Snapdragon 888 processor and dual 5.8-inch “high refresh rate” screens. That may be enough to perk up Scott Stein, who was disappointed at the rather low-end specs of the original Duo.

But the most telling sign that we’ll see a Surface Duo 2 is Microsoft’s fire sale on the original model. In early August you could get it for as low as $400, and even now you can get it half off the original price directly from Microsoft. It also just passed certification with the US Federal Communications Commission, with a mention of wireless charging. Before you get excited, it’s probably just inductive charging for the stylus (like an Apple Pencil 2), per Windows Central.

Will there be a Surface Pro 8? What about a Surface Go 3?

An upgrade to the Surface Pro line is long overdue — the design is pretty old at this point, with ugly big bezels — and Windows Central claims that a new model is slated to go on sale on Oct. 5, the same day as Windows 11 ships. Rumored changes include a larger display and thinner bezels, to mimic the design of the Surface Pro X, support for USB-C/Thunderbolt (essentially for connecting to modern storage devices and displays), and 11th-gen Intel chips, like the Surface Pro Plus announced in January. The display is said to be bigger compared to the Surface Pro 7, likely closer to the 13-inch display size found on the Surface Pro X.

Another possibility is support for a similar 120Hz dynamic screen refresh rate, similar to the recently announced iPhone 13 Pro (and which has been on the iPad Pro for a while).

A refreshed but not redesigned version of the budget-priced Surface Go 2 is also quite likely, since Geekbench results surfaced for it with newer 10th-gen Intel Pentium and Core i3 processors. But it’s a budget detachable, which means it likely won’t be redesigned until something trickles down from a more expensive sibling. Better performance is always welcome in that segment, though.

Will we see a Surface Book 4?

Possibly under a new name.

The Surface Book line was Microsoft’s stab at a powerful two-in-one, which allowed it to incorporate discrete graphics into the base for better “docked” performance. But I always found it a really awkward design. The most intriguing rumor I’ve seen is that it will be redesigned with an articulating hinge that lets you pull the display down, a la the iPad Pro Magic Keyboard or the Asus Concept D Ezel models. It’s also been floated that it will incorporate the latest Nvidia RTX 30-series GPU and Intel 11th- or 12th-gen processors; either would be great, but that’s not how Microsoft rolls. It’s more likely it could get last-gen CPUs. It’s also been rumored that instead of the Surface Book 4, the line might be rebranded as the “Surface Laptop Pro,” which actually makes a lot of sense.

Should we expect a new Surface Pro X?

The last time Microsoft’s Qualcomm-powered Surface detachable got a refresh was a year ago. That makes it time for a bit of a design update. Windows on Arm-based devices still hasn’t made the dent that Microsoft had hoped, and in order to put in a good show with Windows 11, it needs to incorporate the latest processor — possibly the same Snapdragon 888 that’s rumored for the Duo 2. Windows Central also heard that there may be a Wi-Fi-only model of it.

The Surface Laptop line was refreshed in April 2021 with Surface Laptop 4, predictably with last-gen Ryzen or 11th-gen Intel processor offerings. The equivalent Intel mobile CPUs are usually updated towards the end of the year, so they’ll likely be last-gen soon enough.

The Surface Laptop Go has gotten little to no update buzz, but it was launched in October of last year. At most it will probably get a processor bump, but Microsoft generally leaves it for a couple of years unless it’s something cutting-edge, like the Duo. Since it’s the budget model in the line and we’re in the middle of a component shortage, it’s even less likely to get an update for a while.

Why does Microsoft still charge $3,500 for the out-of-date Studio 2?

I have to ask this because there hasn’t been a whisper about an update to this once cutting-edge all-in-one in years, and it’s still selling with old Nvidia GTX graphics and a seventh-gen Intel processor — neither of which were impressive or new when the upgrade was announced almost three years ago. Frankly, the computer part of the Studio was never anything to write home about; it’s always been about the display, a 28-inch pull-down wide-gamut screen with support for pressure-sensitive drawing. The screen and hinge have always been unique to Microsoft, which is what makes the system so expensive to this day.

But there have been whispers over the years about Microsoft spinning the display off into a standalone (although it’s possible those are just the voices in my head), and unless it plans to overhaul the system, the company really needs to figure out a different strategy. If a new Surface Studio desktop is announced at the event, I’ll be thrilled. But very surprised, too.

How to stop Outlook’s TokenFactoryIframe downloads in Safari – Macworld 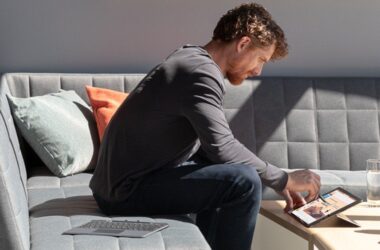 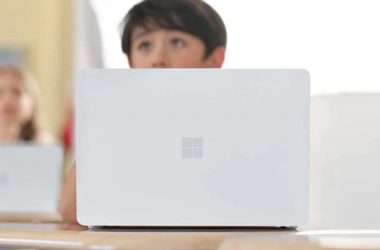 Microsoft’s rival to Google’s Chromebooks is finally available for schools and students. In November the software giant announced… 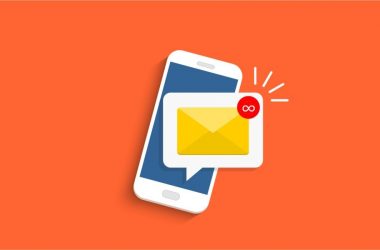