As jarring as the transition to remote work was during the coronavirus pandemic, it was modest compared to what’s coming next, says Adam Ozimek, a labor economist at the freelancing platform Upwork. He argues that the next phase of remote work will transform economies, as more companies revise their policies to accommodate employees who have permanently shifted to working remotely, and more workers move to places they’ve always wanted to live but couldn’t.

Ozimek and the team at Upwork have conducted surveys on remote work since the pandemic’s start, and his outlook is based partly on those results. He predicts that remote-first startups will figure out new ways of working asynchronously, making fully-remote work more manageable than the version we use today. And he expects economic geography to shift in big ways, with workers free to live wherever they want to—from hometowns to ski towns—instead of wherever they work.

Quartz spoke to Ozimek about what the next iteration of remote work could look like. This interview has been condensed and edited for clarity.

What is the story of remote work so far, since the pandemic?

Adam Ozimek: The number one thing that’s happened is that a lot of businesses and a lot of workers have found that remote work works better than they thought. You can see this in surveys of workers, you can see it in surveys of employers—basically everyone has figured out that this way of working is a lot more productive than they thought. There are a lot of important benefits to this way of working, and it makes sense as a longstanding change not just a short-term adaptation for a lot of roles.

Why do you call remote work a “general purpose technology,” a term economists use for inventions like electricity or the internet?

It’s a general purpose technology because it’s going to have a lot of really big spillovers. It’s more than just about allowing two people to work together remotely—it’s going to have implications for all sorts of changes at the firm level. We’re in the early stages.

What are some of the areas you expect to change?

I think it’s important to be very humble about it and say we don’t know what all these changes are going to look like. But when you’re fully remote, that allows you to do some parts of your business outside the firm. For example, you can use remote freelancing or outside services. You can utilize freelancing platforms where you can see everyone’s past work and you know the ratings those freelancers received from previous clients. And as a freelancer, you can connect with clients all over the world who don’t know you personally, because they can see what you’ve done. These platforms already existed, but comfort with remote work will help to unlock their potential.

Another interesting thing that businesses are thinking about, and are going to increasingly be looking at, is how does the transfer of knowledge work in your firm when you move to fully remote? There’s a lot of tacit knowledge in the firm—this is how things work, this is how we do things, this is the way we think about things—and these things are passed on informally, in person. One of the bigger strategic changes that companies are going to have to make, is to make knowledge more formalized and make processes more formalized, so that you don’t need to rely on oral tradition at the company in order to pass down key knowledge. They’ll rely less on PowerPoint culture and more on written culture.

How important will time zones be?

How much have people moved since the start of the pandemic and what does it tell us about remote work?

Today, the vast majority of moves we’ve seen have been relatively closer distance moves. For example, from New York City to outside the city, but within driving distance. But I really think that’s just the tip of the iceberg.

One of the issues here is that remote work is still really uncertain for individual workers. Even if your employer is currently letting you go remote, a lot of employers haven’t decided exactly what that looks like long-term. And it’s hard to make that commitment to pack up and move somewhere where there might not be as great of labor market opportunities based on a temporary arrangement with your employer. What we really need to get to, is more certainty.

I do think people want to make those longer distance moves. We did a survey in November of 2020 where we asked people whether they were thinking about moving because of remote work and 40% said they would move four hours or more by car from where they work, so those aren’t the short-distance moves we’re seeing so far. There is unmet demand out there: people want to move to lower-cost places, they want to move to less dense places, they want to move farther away. They’re not doing it in vast numbers yet, but I do think that we will see that.

So, what kind of places are you bullish on?

The desirability of a place is based on a whole bundle of things. So, think about the labor market as one of a couple dozen things that matter, and what’s happening is that particular factor will be less important. The success of a place will be less determined by the strength of the local labor market. A ski town would be a specific kind of place that might benefit because, if you really love skiing, you can live there year-round.

Then there are places like Cleveland, Indianapolis—a midwestern city that has urban amenities, but that doesn’t have those super strong high-skilled labor markets. That’s different from ski towns, but there’s reason to think that they’re going to find success as well. The types of places that are going to succeed are going to be diverse because that’s what remote work does—it allows people to put more weight on their diverse desires and less weight on one specific aspect, which is are there jobs there. 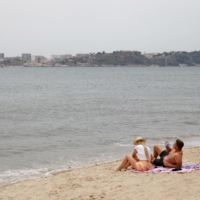 LISBON – Sitting on the terrace of a cafe in the heart of Lisbon one morning in June,… 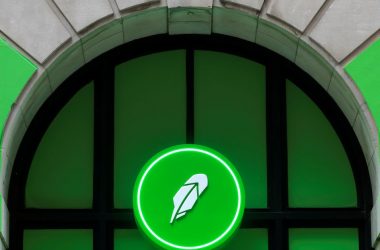 Robinhood to permanently shift most employees to remote working – Reuters

The logo of Robinhood Markets, Inc. is seen at a pop-up event on Wall Street after the company’s… 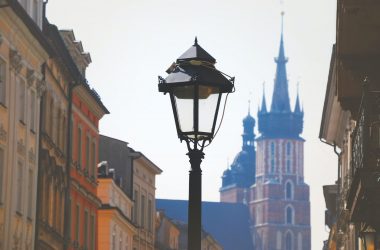 Which cities have topped best places for remote workers? – The HR Director Magazine

Official UK data has predicted that 26% of all working Brits will work remotely post pandemic. With employers…