What to expect from Microsoft in 2022 – TrustedReviews

OPINION: There may have been a chip shortage in 2021, but that hasn’t stopped Microsoft releasing a number of devices, from the Surface Pro 8 to the dual-screen Surface Duo 2 smartphone, while also launching Windows 11.

But what can we expect from Microsoft in 2022? We’ve rounded up all of the news and rumours in order to answer that question, while also making some educated guesses based on previous patterns.

So if you’re desperate to know what Microsoft has planned, keep reading on.

We haven’t actually heard any strong rumours about the Surface Laptop 5 launching in 2022, but it’s still a safe bet. The Surface Laptop 4 launched as far back as April 2021, giving Microsoft plenty of time to ship a successor.

Intel is widely expected to reveal its next generation of laptop chips in early 2022, so Microsoft will likely want to upgrade its flagship laptop so it’s packing the latest and greatest processor.

We’re hoping that Microsoft won’t stop there though. With Apple, Dell and many more manufacturers revamping the designs of their laptops in recent years, Microsoft’s Surface laptop is starting to look outdated in comparison. Microsoft should really think about slimming down that screen bezel, while also finally introducing Thunderbolt 4 support.

We’d also love it if Microsoft launched a new 14-inch option, which seems to be the trend now with the recent releases of the Razer Blade 14 and MacBook Pro.

Microsoft’s desktop PC, the Surface Studio 3, was heavily rumoured to be revealed in 2021, but such an announcement failed to materialise.

Assuming Microsoft hasn’t binned the device, we’re expecting it to be unveiled in 2022 instead. It’s about time too, as the Surface Studio 2 is seriously outdated now, featuring a 7th Generation Intel Core chip which is now five generations behind the latest iterations. And with Apple refreshing the iMac recently, Microsoft really needs to catch up to its rivals.

The flexible screen hinge and touchscreen support for various accessories ensure the Surface Studio still has broad appeal in 2022, so Microsoft really only needs to refresh the internal specs. We could potentially see more colour options introduced too, to help make your home office look a bit more welcoming.

Microsoft originally unveiled the Surface Neo as far back as 2019, yet it’s still yet to see the light of day now we’re entering 2022. Microsoft previously confirmed that the dual-screen laptop had been delayed, but we haven’t heard about the device since, making some worried that it has been cancelled.

That’s certainly possible, as the fabled Windows 10X operating system – which was said to optimise Windows for dual-screen devices – was shelved in favour of a Windows 11 release. Maybe Windows 11 can take on that responsibility instead, although Microsoft hasn’t really spoken about its flexibility for such form factors.

But let’s be optimistic for now. Many reports have indicated that the most likely release window for the Surface Neo is 2022, so we may well see it pop up later in the year. 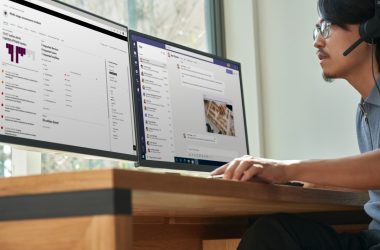 What’s Next in Security from Microsoft – Microsoft 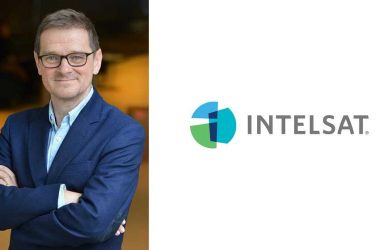