This article originally appeared in issue 26 of IT Pro 20/20, available here. To sign up to receive each new issue in your inbox, click here

Big tech companies have emerged as the biggest winners of the pandemic. While the chaos caused by lockdowns and stay-at-home orders severely disrupted the global economy (GDP decreased by 3.4% in 2020) technology companies have continued to report exceptional growth since the crisis began.

The so-called big five – Facebook, Amazon, Apple, Microsoft and Google – increased their market capitalisation at the end of 2020 by 52.8% year-on-year. These firms are now collectively worth almost $10 trillion, with growth fuelled largely by the worldwide shift to remote working and global organisations’ accelerated shift to cloud computing.

Despite major growth, sustained largely as a result of a surge in demand for their services, all while their own employees worked remotely, these companies have championed a return to the office at every turn. This has led to a series of awkward u-turns and policy reversals. Many companies, nevertheless, still insist their workers should ready themselves to work in the office up to three days a week once the pandemic is over.

Many tech firms claim a return to the office is essential for collaboration and socialising among employees, but there are likely a number of other factors at play – including investment in office space. Some experts believe the mixed messages centre around issues of workplace trust, too. Although they powered the global remote working shift, tech CEOs may paradoxically believe staff working from home aren’t putting in a full day’s shift; work can only be carried out sufficiently if employees are in a physical workplace, with bosses peering over their shoulders.

In keeping with tradition

Google recently announced it’ll spend £730m to expand its office footprint in London, while Apple CEO Tim Cook sent out a memo last June saying employees should plan to work in an office at least three days a week, despite complaints. Although Apple’s plans have since been put on hold due to the spread of the Omicron variant in the US, he said at the time: “For all that we’ve been able to achieve while many of us have been separated, the truth is that there has been something essential missing from this past year: each other.”

This sentiment has been echoed throughout the industry; Netflix boss Reed Hastings, for instance, simply claims he sees no positives in remote working, while Google CEO Sundar Pichai claims that seeing workers in offices fills him with “optimism”.

This flies in the face of the benefits we’ve seen as a result of remote working, which has itself been fuelled by the same companies and the cloud-based tools they’ve pushed to businesses. The majority (63%) of employees report feeling more productive as a result of working remotely, for example, while most workers also report a better work-life-balance. Many also applaud the gains made on disability inclusion, and on helping women to close the longstanding gender gap.

Benefits also extend far beyond the business, Callum Adamson, CEO and co-founder of work-life balance platform Distributed tells IT Pro. This is because it’s paved the way for globally distributed teams which, in turn, enables more efficient asynchronous working. “Cultivating teams distributed around a country, or beyond, means each member spends their money in the location they’re based in, which contributes to better wealth distribution,” he explains. “Investing in the global economy, rather than concentrated urban centres, can also improve local infrastructure such as education and healthcare. The solution to solving global inequality is, of course, far more complicated, but we cannot ignore the potential.”

One rule for them

Given widespread gains, why are the world’s greatest disruptors clinging onto tradition? It all comes down to culture, according to Molly Johnson-Jones, CEO of flexible jobs platform Flexa. “If senior leaders trust their staff and want to boost retention, they’re embracing genuine flexible work – choice over where, when and how individuals get the job done,” she tells IT Pro. “There’s no one-size-fits-all solution when it comes to flexible work, and different companies will have different ‘core’ expectations of how things need to be done – and that’s absolutely fine. What’s not fine is imposing a blanket office policy on all staff and expecting them to go along with it.”

Adamson agrees, adding the inherent concern with remote working has always been about trust: “It’s hypocritical and quite frankly insulting to these companies’ workers, who have proven to their bosses time and again that they’re both capable and willing to work efficiently and effectively from home,” he says. “Taking that freedom away from them risks reverting back to old stereotypes of not trusting employees and not giving them credit to work effectively and efficiently – like adults – without being micromanaged.”

This issue of trust has been longstanding in the tech industry. Google, for example, recently found itself in hot water after allegedly terminating the contracts of employees who spoke out against its ties with US immigration agencies. This reportedly moved Google’s head of HR Eileen Naughton to step down. The late Apple CEO Steve Jobs, too, infamously fired people without severance pay while he was at Pixar, and similarly didn’t award equity to those who worked at Apple pre-IPO.

It was widely reported that Jobs (pictured) fired people without severance pay, contributing to feelings of mistrust

Many businesses believe IT is the exception to the rule when it comes to staff working productively outside of the office. Last year’s massive Facebook outage, for example, is a case study many employers will now use to demand a return to the workplace, according to COO of cyber security recruitment consultancy Focus on Security, Jamal Elmellas.

“Much of the delay when responding to the configuration update that went so badly wrong was blamed on the fact only 25% of its staff were in the office,” he says. “Insiders claim the delay was caused because the workers who could fix the issue were effectively locked out of the data centre. Unfortunately, the Facebook story will be used for some time as an example of why IT is the exception to the rule when it comes to remote working when, in fact, it should be a lesson in the need to adjust all aspects of the business, including incident response.”

If tech firms continue to insist on a return to the office, they risk losing skilled workers, who’ll be tempted to work for a competitor affording stronger remote working rights. Twitter, for example, announced staff didn’t need to return to the workplace, while Slack is pursuing a permanent “virtual first” strategy. This stands in contrast with a number of Silicon Valley giants that have persisted with return-to-work orders.

Indeed, most workers plan to leave their current role if they’re not offered flexibility, Johnson-Jones tells IT Pro. “That’s a huge amount of people who won’t put up with a return to pre-March 2020 working practices,” she says. “The minority of firms that aren’t acknowledging this are creating a staffing rod for their own back at a time of global labour shortages.”

“Rather than acting as a magnet for talent, this could negatively impact businesses’ ability to attract skilled workers,” Adamson adds. “Other businesses shouldn’t see a return to the office as a template for success. Having an office space is a pre-pandemic relic that, if anything, hinders employee experience and business success.

“For tech companies that rely on expert tech and developer skills, this means increasing office investment and mandating attendance could well backfire, restricting access to the best technically skilled workers across the UK and around the world. It undermines a company’s efforts to be an outstanding employer and tech industry leader.”

It’s unlikely the so-called big five will openly explain why they were among the first to march employees back to offices. It’s clear, however, there are various factors at play, be it a lack of trust in remote workers or the long-disproved belief that staff can only work at their full capacity when they’re surrounded by their colleagues. No matter the reason, the hypocrisy is clear; while they’ve generated billions of dollars due to remote working – which has afforded their employees a better work-life balance and, in most cases, improved productivity – they’re failing to learn the lessons, with potentially dramatic consequences.

An IT executive’s guide to automation

The need for transformative automation

The innovator’s shift to composable ERP

How to modernise with as little risk as possible

The new normal: The future role of finance

The changing role of the finance function during business disruption

Tackling some of the world’s greatest technology challenges 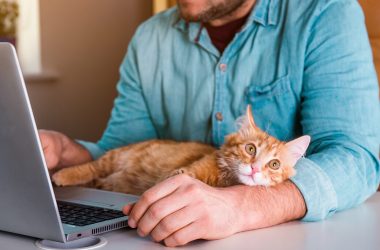 Credit: Sharomka Shutterstock The pandemic disrupted everyone’s lives in almost every single way – it was thought that… 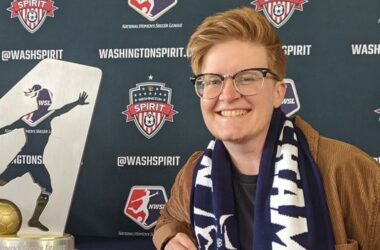 The employees who transitioned genders during remote work – BBC 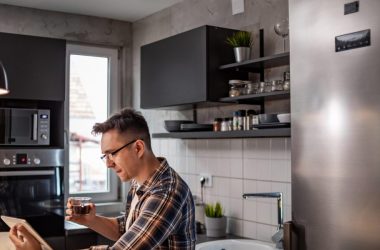